Review: “The Sect of Angels” by Andrea Camilleri

Posted on February 8, 2019 by ghostvillehero 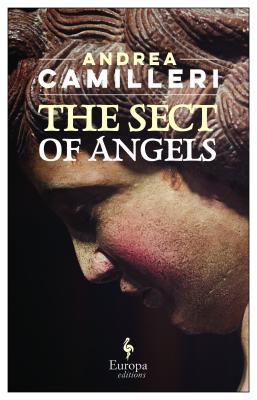 Based on a true story and told with the pacing, humor, and thrills of a Mediterranean mystery, Andrea Camilleri’s new novel tells of a turn-of-the-century Sicilian scandal that revealed a tendency that is with us still: the refusal to accept the truth.

The lawyer and journalist Matteo Teresi discovers the existence of a secret sect whose members include priests, politicians, and regional VIPs. During the early morning hours, when the town’s churches are closed, the “Sect of the Angels” meets in the sacristy to carry out their holy office: initiating devout virgins into the rites of married life. Preying on their victims’ naivete, the hooded “elect” commit ignominious acts while promising the young women divine grace.

In 1901, at a time of immense changes in Sicilian society, the scandal breaks nationwide. But far from being hailed as a hero, Teresi is accused of disrupting the status quo and irrationally blamed for an outbreak of disease and a series of calamities. From the salons, churches and social clubs of Sicily to the country’s highest courts, Camilleri’s novel is a fast-paced, at times funny, passionately rendered portrait of the machinations of power and the difficult destiny of a local hero.

Reading the synopsis of “The Sect of Angels” really tells enough about the story. Matteo Teresi is a lawyer in town that even in the beginning is not in favor with the town, the church and all of the men who follow the strength of the church. Teresi does not care much for that, continues to do what he does, and does things for the right reason. This is Teresi’s downfall. A great deal of the motivation for his actions in this short novel is for justice to be served, even if that means becoming the enemy of the church and the men who allow the church to sway their opinions. I know that Teresi also spends a little bit of energy throwing it in people’s faces that they have been caught, and this gloating is also part of the cause of his position in the town, but as a whole, Matteo Teresi is the hero of the story.

Based on a real story from 1901 in a small Sicilian town, this novel moves fast, is written well, and is very funny, entertaining, and interesting. I read it in two sitting, and this is probably a good way to read this novel. For such a small book, there are so many characters, so many names, that it would be very easy to lose your place if you read just 10 pages here and there. Sitting down and reading it all in a day or two is really what allowed me the ability to keep everyone straight (I can count 25 characters off of the top of my head, a huge cast for a book under 200 pages). I do not think that I could have done this if I had to read this in bits and pieces. The good part about sitting down and reading most of it at once is that it is very funny, very entertaining, not laugh out loud funny but like a clever comedy of errors type thing. Even from the first chapter, with the meeting of The Honor and Family Social Club to run an election to see if Teresi should become a member to the very end of the novel, there are so many little plays and misunderstandings that it all becomes much more lighthearted than the gravity of the main plot.

I enjoyed all of this novel, and Andrea Camilleri is a very good writer, strong with pace and storytelling ability. If you have never read him or want to read a story that you normally would not read, this is a good one.

I received this ARC from NetGalley in exchange for an honest review.

This entry was posted in Reviews. Bookmark the permalink.