Posted on January 23, 2019 by ghostvillehero

Sometimes as soon as plans are decided, life takes a look at them, smirks, and says, “Watch this.” I planned to have a new post at least every Tuesday, trying to get some consistency in my writing, even had the next post outlined, ready to start. A few major things happened in a matter of days to derail all of this.

On December 31, while I was working on the next post for the next day (which is still partially done in my draft folder), I caught the sickness that is tearing through the country, causing hospitals to have flu restrictions, and killing those who are elderly and/or have compromised immune systems. I received the flu shot in the fall as part of a mandatory measure for most hospital employees, so the duration was a little shorter than many, but still on Tuesday, New Year’s Day, I was dead. I slept all day, sipped little bits of water, and by the time Wednesday came around, I went to work armed with two bottles of Gatorade and two packages of crackers. By the end of the day, I was not 100%, but I was feeling much better and able to function. Even still, my stomach was flipping and flopping the entire next week. I did not tell anyone at the hospital because I did not want to get kicked out of the delivery of my twin girls.

They decided to come January 3rd, two days after I was dead from sickness. They were more than a month early, and I know I should not have been there, that I could have gotten everyone sick, but there was also no way I would miss the birth of these girls. My wife had spent some days the week before in the hospital to stop contraction and for observation, but after five more days being at home and miserable on bed rest, the girls were going to come at 34 weeks and 5 days. Everything could have been drastically different; many babies this age end up on a ventilator and in the Neonatal ICU, but these girls, Elliot and Maddox, were strong, breathing, crying, pooping, and eating all on their own. They weighed 4 lbs 14 oz each, and even though the doctor and nurses told us before they were born that they would most likely spend a few weeks in the NICU until they get older, they were able to come home with just one extra day’s stay. 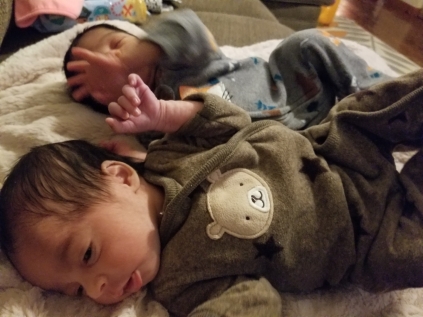 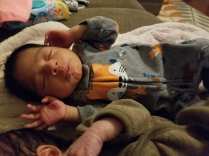 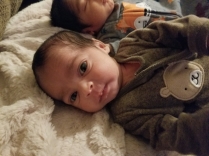 Having newborn twin girls is quite a bit of work. I do not consider myself to be the Dad of the Year by any means, but I have been helping out as much as I can, getting up in the middle of the night to help feed them, taking over for our two- year- old daughter so that my wife does not have to worry about feeding or changing her too, and trying to get their mom out of the house and away from them occasionally for her mental well-being. Even still, there are times when I feel as if I could do more, even though my wife does not want to bother me. The entire dynamic is difficult sometimes. Before I knew it, weeks passed since I have thought about writing anything.

Once I was starting to get into the groove of these two new girls, my dog, Rascal, started acting like he didn’t feel good. He was having trouble standing and going to the bathroom. I could tell he had been losing a little weight before this, but now he could not get up to go outside, and we had to carry him. He had to go to the vet. We were hoping that the diagnosis would be dehydration or something that could be cured with a pill wrapped in lunch meat and a few days rest, but the vet said it was a GI bleed, and a pretty severe one. There were two options: send him to Purdue Animal Hospital for blood transfusions, and an interminable length of stay. If they were able to stop the bleeding, there was no likelihood that he would be better because they did not know what caused it. I got from the pound when Rascal was already eight from the pound, and he was going to turn 10 in May.

He was my dog, and I was always yelling at him because I constantly was tripping over him. He always wanted to go on runs with me, and he was notorious for digging food out of the trash and pulling it off of the counter. One time we were waiting for some tilapia to cool a little from the oven, and we turned out backs too long. A loud crash from the kitchen was evidence that Rascal was going to have all of the fish that night. He also was skittish during storms and had a tendency to run off. We learned that this was also a game. He ran back and forth in front of the house a few times before taking off down the street. The whole point was to get chased. When we first got him and he ran off, I followed him around town in the car. Rascal eventually would stop and look at me long enough for me to think he was done. I would open the door, and he would take off running again. It got to the point where I would just come home because our phone number was on his collar, and when he got tired, he found someone to call us, and we came to pick him up. He was good with the kids. He let Oliver pull his tail and Spencer sit on him while she watched TV. He did not seem to have a care in the world outside of food and humping a large stuffed bear in the boys room. He seemed to enjoy most of his short life with us, and sometimes I wonder if I should try to find his previous owners, to tell them that Rascal is gone. Part of me thinks they would want to know.

My wife called from the vet crying when she told me the options. I said that there was no real option. We had to put him to sleep. We did not have the money to pay for blood transfusions and hospital stays. We had the twins medical bills already on our plate. I miss him dearly, every minute of the day, but I also know that he is no longer in pain. I know that he is running neighborhoods in Doggy Heaven, eating Burger King chicken nuggets, and getting all of the pets that he deserves. We miss him here, but I think that we made the best but hardest decision. 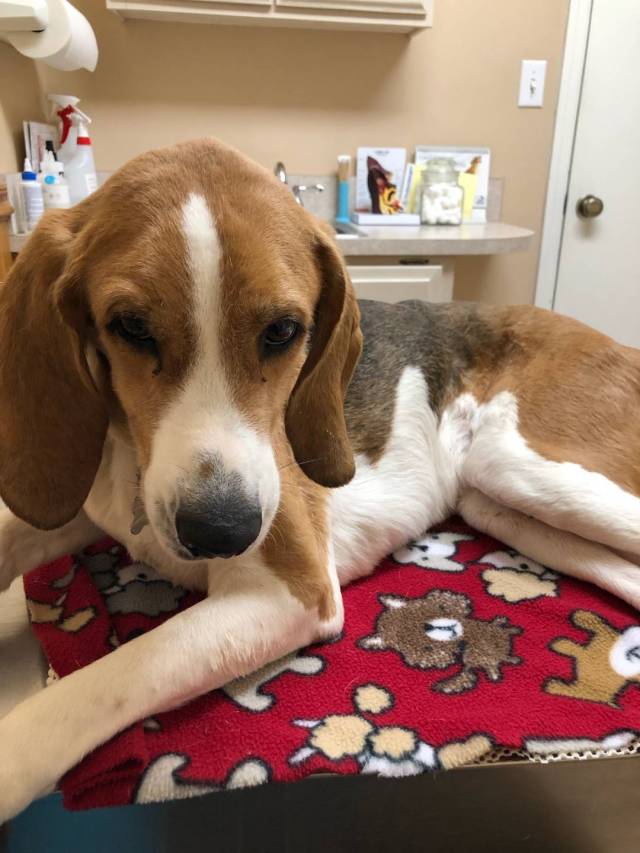 So 2019 has been weird so far. Joy and pain already, but now that things are slowing down a bit, I should be able to get into the routine of posting when I plan to post. As it is, I still welcome the new additions to the family and mourn the loss of another family member. Hopefully February slows life down some more. Yeah right.

This entry was posted in Uncategorized. Bookmark the permalink.