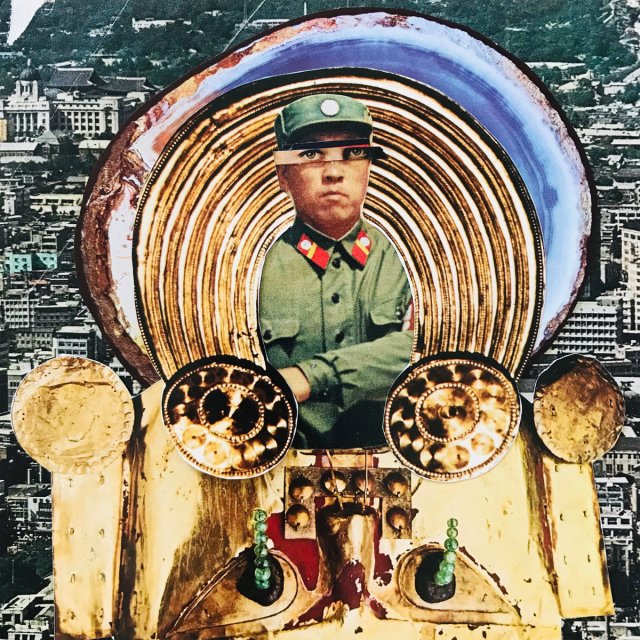 Rafter Fiction is short stories based on songs by Rafter. I am starting the series with the songs from  album, “Terrestrial Extras”.  This is the track, “The Nightmare (interlude).” Buy it here

He was finally able to open his eyes. A sticky film over his eyelids made it difficult for him to focus. He closed and reopened them. Just to make sure he was seeing what he was seeing. His pupils finally focused in very little light, and a pipe dripped somewhere in the darkness. The light was coming from a doorway. The door was slightly ajar, and the light coming through was pale green and dim. Only when he tried to get up did he realize that he was chained to the wall, heavy shackles were around his wrists, and his mind suddenly moved to him being in a dungeon. He wanted to panic, jerk on the chains, yell into the darkness, but did not have the energy to move. He tried to think of everything that happened before he woke up here.

She was something else, that was for sure. It only took her three steps of into the bar before every conversation had stopped to watch her. She swayed when she walked, a metronome of long blonde hair, long legs, and long strides. Her crisp white dress was short and tight. He could see everything that she was wearing and not wearing underneath. The bar was not busy, but she chose the seat right next to him. “I should buy you a drink?” he said.

“You should,” she replied.

Once he traveled through the desert in Egypt to try to save his marriage, on a camel that was supposed to take him to the pyramids. In the middle of this journey, filled with sand and heat and the sun baring down on him as if he did something to personally piss it off, he looked over at his wife, his ex-wife now, and wondered how she roped him into all of this. He did not like being hot. He did not care about seeing the ancient tombs. He did not even like her much now that he thought about it. He was only doing it because their marriage was in shambles. This was the most time they had spent together, in the same general proximity, in almost a year. He had excuses to work. She had excuses to spend time drinking wine with her friends. During that travel, his head and face and body covered up, he decided this was not going to work out.

The lady at the bar sat with her back straight and her shoulders high. She was two drinks into their conversation before she started telling about a ghost that lived in her childhood home. She said his name was Clarence, and he was nice enough. He was not the type of spirit that hid her things and made the house chaos in hopes of getting her family to leave. “This was not some Amityville demon. Clarence turned into my companion.”

He obviously did not know he got chained to the wall. There were some drinks, not enough for him to black out so someone must have put something in his whiskey. His head was pounding.  He tried to focus on the green light coming through the crack. He tried not to think about the water dripping in the corner somewhere because it was going to drive him nuts. He could hear some sort of music beyond the doorway in the green light. It sounded like him like a jazz, like a  saxophone solo. He tried to figure out where he could be that would play jazz and have green lights illuminated the back room. His mind was empty.

She talked for a little longer about Clarence and companionship before he realized what direction this was going. “When I turned thirteen, it started to feel like Clarence might have been a little different than when I was a kid. Some nights, I could feel the weight of him on top of me. It’s hard to describe. I guess the best way was like it was a really heavy blanket. I don’t know. The pressure of him on top of me started to turn from something of comfort to something sexual. Before too long, I was not wearing anything to bed in anticipation for what might happen.”

They were closer to the pyramids, and he was thirsty. He had been thirsty the entire trip. He wondered why they did not just take Jeeps out here instead of camels, but that argument should have been made a long time ago. He and his wife had been arguing all morning anyway. She told him the truth, finally. “You were right, John. When we were on our honeymoon, I did disappear because I had some business to take care of. I met those guys online and knew that while we were in Las Vegas, we had to meet up. I mean he was the most powerful Satanist in America, and I had to meet him. I had to have a ritual to make sure that this marriage, our marriage, would last. I wanted him to bless the things that we had, and the things we were going to do.”

The longer he was chained here, the harder it was to keep calm. He had figured out that this was the basement of some club, that there was music playing upstairs, and if he could smell better he would be able to smell the alcohol seeped from the foundation. He did not know how he got here, why he was here, what was going to happen next. He wondered if he ex-wife was coming to see him again because of the way that he left her, if the Satanists were going to have words with him, or if the woman at the bar was holding him down, making sure that he understood that there was not going to be any man like the incubus in her childhood bedroom, or maybe it was Clarence all along, only Clarence, trying to tell him to say away from his woman. Maybe this was not jazz music at all. Maybe it was the sounds of Cairo, that he had not even made it to the pyramids but was here for a reason, that these chains were old because they were ancient, and that his soon to be ex-wife knew she did not have another play but to leave him here in the desert, to become bleached bones discovered in years to come. He did not know anything anymore.

He closed his eyes and tried to wake up again.

This entry was posted in Rafter Fiction and tagged fiction, flashfiction, rafter, songsintofiction. Bookmark the permalink.